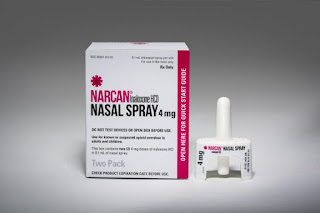 Opioid addiction and overdose is a nationwide epidemic, hitting the state of Arizona hardest over the last decade. This issue is not isolated to those experiencing homelessness or abusing illegal substances such as heroin, but spans the state’s population. Overdoses can happen to those experiencing chronic pain who take increasing doses of pain medication, veterans and others coping with the effects of trauma, and young people experimenting with substances.

The AZ Department of Health Services (AZDHS) estimates that there have been over 47,000 suspected opioid overdoses in Arizona from June 2017 to July 2020, resulting in approximately 6,500 deaths.

In 2017, Governor Doug Ducey declared a public health emergency in response to increasing numbers of fatal overdoses. The emergency declaration urged first responders to learn how to administer and carry naloxone and set in motion a state-wide response to the epidemic. While the state of emergency was officially called to an end in May 2018, Arizona continues to address the high rate of overdoses.

Naloxone, also known as Narcan®, is a drug used to treat the effects of opioids and opiates and can quickly reverse overdoses. Opiates are substances derived from the naturally occurring poppy plant, such as morphine, while opioids is a generic term for both natural and synthetic substances, such as OxyContin. Both substances react similarly in the body and the terms are often used interchangeably.

An opioid overdose occurs when the body is overloaded with too many drug molecules. Opioid molecules fit precisely into the brain receptors that control breathing. When too many of those receptors are occupied by drug molecules, the body slows and stops breathing. This can be reversed by administering naloxone, which rapidly knocks the drug molecules off the receptors and takes their place, essentially putting the body in a state of withdrawal. Naloxone can last anywhere from 30 minutes to several hours and causes no harm to someone who does not have opioids in their system.

Naloxone can be administered in one of three methods, depending on the packaging:

Administration methods 1 and 2 are the most common and can be done outside of a hospital setting, while method 3 is reserved for licensed healthcare professionals.

The state continues to explore new ways to tackle the opioid epidemic, including utilization by Emergency Medical Services (EMS) agencies. While Emergency Medical Care Technicians (EMCTs) have long carried naloxone for usage in the field, the Arizona Revised Statutes (A.R.S. § 36-2266) now permit Arizona EMS agencies to participate in a naloxone leave behind program. Any EMCT from a participating agency who has responded to an opioid-related overdose may leave behind a pre-packaged intranasal naloxone kit. Having naloxone on hand is hugely beneficial for the safety of those struggling with substance use disorder. In further effort to increase prevention, the AZDHS and the University of Arizona Center for Rural Health have trained 6 EMS agencies on screening, brief intervention, the referral to treatment model as well as offering free naloxone training to first responders,.

In the current legislative session, two parallel bills, SB1250 in the Senate and HB2625 in the House, would allow local governments and health departments to develop an overdose and disease prevention program which would include Naloxone training.

To find out where to access Naloxone in your area, you can use this resource from Sonoran Prevention Works.