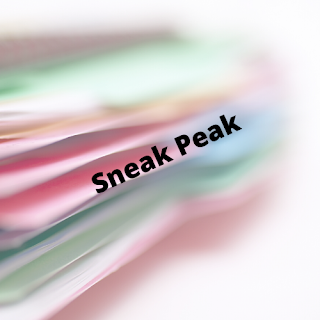 The opening of the 2020 Arizona legislative session is just around the corner and it should be an interesting one. The eyes of the country are going to be on Arizona as we go into a presidential election where Arizona could be a swing state and we once again have a high-stakes Senate race with national implications. But on November 3, 2020, all 90 seats in the Arizona legislature are also going to be up for grabs, so how are our legislators going to respond? Let’s take a look at how this legislative session may affect some of White Hat’s core Focus Issues:

Education will most likely be one of the biggest issues at the legislature once again. Two key issues to watch out for, which we at White Hat have been paying close attention to, are the ESA voucher program and charter schools. After the resounding defeat of the ESA voucher program expansion in the 2018 election, and the election of Democrat Kathy Hoffman to Superintendent of Public Instruction, defenders of the program, which funnels state money to private schools, have worked to remove Hoffman’s authority over the program. Look for more attempts to undermine oversight of the program this year.

On charter schools, the continuing work of Craig Harris and his team at the Arizona Republic in exposing charter school fraud and waste has put pressure on Governor Ducey and Republicans in the legislature to finally introduce meaningful charter school reform. Will the actually do it, or will they attempt more window-dressing like last year’s failed effort?

With Arizona poised to be a decisive state in the 2020 presidential election, and the once-a-decade redistricting just around the corner, Arizona Republicans are already looking for ways to game the system and preserve their power even as Arizona turns purple. Governor Ducey is already quietly working to influence the redistricting process by stacking the board that will pick the Independent Redistricting Commission with Republicans. Meanwhile, Rep. Kelly Townsend has already introduced a bill to ban the use of school IDs and utility bills as forms of voter ID to prevent young and poor people from voting. Expect this to be the first of many attempts at voter suppression from Republicans this year.

Over the past year, local reporters including a team from ABC15 and Jimmy Jenkins at KJZZ have done some incredible reporting on the sorry state of Arizona’s prisons. Most notably, they discovered that many prison doors don’t lock properly because of a lack of repairs. This led to a scathing report commissioned by the Governor’s Office in August. Will the legislature and the Governor’s Office be prompted to look at any major reforms in the prison system, or will they once again kick it down the road?

These are just a few of the major issues facing the legislature this session. Other important issues include the implementation of the recently-approved USMCA trade agreement, which has a major impact on Arizona due to our trade with Mexico, and the implementation of the major Colorado River water compact that was signed last year. White Hat Research & Policy Group will be tracking all of these conversations and more in our new biweekly newsletter and on our blog, as well as exploring the issues in depth in our ongoing research projects. You can keep up-to-date by subscribing to our newsletter and passing it along to 2 friends who also want to stay in the know on this consequential legislative session and beyond.